We’d like to acknowledge the memory of our respected colleague, John P. Timmons, who passed away suddenly in August 2019. Mr. Timmons received his B.A. with honors from the University of California, San Diego. He earned his law degree from the University of Pacific, McGeorge School of Law in 1985, gaining admission to the State Bar of California later that year. Mr. Timmons was also admitted to practice law in the United States District Court, Eastern District of California.

After joining our firm as an associate in 1985, Mr. Timmons quickly established himself as an attorney to be reckoned with; after only three years, he was made partner. Mr. Timmons practiced workers’ compensation law for over 34 years, and he also served as Judge Pro Tem for the Workers’ Compensation Appeals Board of the State of California.

He will be greatly missed. 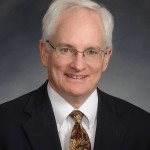